(Because of the warm reception of the Spanish version of my little tribute/goodbye to Lost, I decided to translate it into English. It goes without saying, but there are SPOILERS of Lost from the first to the last episode.)

An island. A magic one, they say. It keeps nothing less than the light of life, death, reincarnation, knowledge, time. It keeps existence as we know it. You could even say that it is the axis of existence, of our universe. Obviously, something that important needs protection. The problem is that it must be protected by human beings. There are no gods. But humans are imperfect in nature. They are ignorant, deceitful, murderous, liar, clumsy, selfish. Eventually, they turn crazy if they must stay alone in the Island for centuries, maybe millennia. Who can blame them?

The story of Lost starts from a fatal mistake. The mistake of a woman, guardian of the Island, who in her selfishness to get rid of her burden, kills a mother and steals her two newborn babies, so in the future one of them can become her successor. But she is not able to form a proper family, she is not able to bring up her adopted children as a mother should. She is murdered by Brother, the nameless twin, and Jacob becomes the new guardian. Thus, Mother gets rid of her position as guardian but in exchange, Jacob and Brother grow as eternal enemies. To make things worse, they can’t kill each other, because Mother decided it would be the best way to keep the brothers together. Mother didn’t know how to strengthen bonds with other humans, she only knew how to use her magic, because for centuries that’s the only thing she had.

As revenge for the murder of Mother, Jacob throws his own brother to the same pool of light that he must protect. Because it’s forbidden that Brother dies in his hands, Jacob causes a paradox: Brother dies physically and at the same time he stays alive as an entity that we know as Black Smoke (maybe his spirit burnt by light, a demon, a piece of shadow?). Brother suffers what Mother had warned them about: a fate worse than death. This is the sin of Jacob: creating an apparently immortal being, something insane, bent on revenge and destruction, trapped in an Island he wants to escape from, even if that means destroying it. By trying to repair his sin, Jacob will begin a catastrophic series of mistakes during the next 2000 years.

In order to bring new people to the Island, he causes accidents and shipwrecks, he deceives people with false promises to retain them in that place. People of all cultures and religions that over the centuries provide the island with a complex mix of mythology, rituals and symbolisms. Extinct civilizations from which only some ruins and artifacts remain: the legacy of their attempts to understand the secrets of the Island, their attempts to survive, their attempts to escape. Over the centuries, Jacob forms a group of people (the Others) to deal with the Black Smoke. All in vain, because in the end, always, again and again, the temporal inhabitants of the Island end killing each other, corrupted or wiped out by the Black Smoke. Many will try to exploit the unique properties of the Island, ignoring Jacob’s guidelines for their own benefit (often guided by the deceptions of the Black Smoke, who exercises as the power in the shadows, always weaving his revenge and ultimate escape.)

And people always attracts more people.The mysteries of this remote Island act as a magnet for adventurers and treasure hunters, but also for companies like Dharma Initiative. They experiment with what they call electromagnetism, and apply it to biology, time travel, sociology, the weather, mathematics, zoology, psychology… Jacob allows all these people to come and stay on the Island because he is certain that sooner or later, his brother will find a way to break the loop and kill him. And by then, Jacob will need to have found another guardian to replace him. He aways chooses lonely people with mediocre lives. People fleeing from something, people who may find their salvation in the Island. People like him. Because someone with a full life outside the Island, wouldn’t stay to protect it. It is, of course, a selfish decision. Jacob just wants to repair his own mistake, even at the cost of hundreds, thousands of deaths and misfortunes. It is ironic, because his mission was to keep the island isolated, but his obsession makes the island to be always inhabited, there are always persons who find it and endanger it. However, Jacob hopes that someone will redeem him and prove that he is right, that humans may also be good and sacrifice themselves for the common good. Someone who becomes the good guardian he never could (or didn’t know how to) be.

One day, the Oceanic 815 plane bound for Los Angeles crashed on the Island, perhaps because of chance, perhaps because of this force we call Destiny. Among the survivors of this flight, Jacob had already chosen several candidates, like he has been doing for centuries. A series of events and coincidences prevented Desmond from pressing the button at Swan Station in time, and the plane fell because of that. Another routine accident in the long history of the Island. 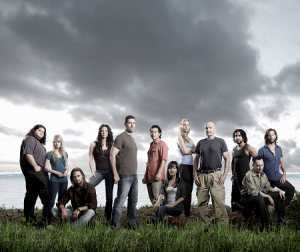 Lost is the story of these survivors. It is the story of their former life outside the Island, where their mistakes, fears and frustrations led them to flee from everything, including themselves. They boarded that plane to escape. And thus, they involuntarily became pieces on the board of the Island. The circumstances and the ancestral battle between two brothers brought them to the Islad. But that is just an excuse to meet these characters, investigate what choices led them to take that plane. Flashback after flashback, we understand the reasons behind their escape; delving into the darkest secrets of their past, we also discover why they act like they do on the Island.

And above all, Lost is the story of the redemption of these survivors. Because their stay on the island transforms them all. The adventures, the experiences. The people they meet there. Their sacrifices, their decisions. Gradually, without realizing it, they get rid of everything that tortured them. They face their fears. They do not want to escape anymore: neither from their past, nor from the island, or from themselves. They learn to be proud of who they are. They do something important in their life, however little it may be. They redeem themselves. All together or individually, they contribute to break the vicious cycle that Mother and Jacob created so many centuries ago.

They shape their own destiny (sometimes literally, although they didn’t know it then: they travel to the past to cause the incident that eventually would bring down their plane). Every death, every sacrifice is a tile more on the long road which brings us closer to the target. Eventually, the survivors finish the Black Smoke, keep the Island afloat and to top it off they find the perfect candidate to protect it: Hurley, generous, kind and good-natured. Someone who, unlike Jacob, seeks help from his old enemy, Ben, to protect the Island together. With the good intentions of Hurley and Ben’s experience, we know that a new era opens for the Island. No more absurd rules, useless sacrifices or selfishness. By redeeming themselves, the survivors manage to repair the sin of Jacob. And also, that Jacob was right. The Island is safe, mankind too.

Lost finally, is the story of how these characters die in peace, each one in due course, when their own hour arrives. Some died at the Island, others will live many years until illness or age ends with them. And as they die, they accept their mistakes, they close old wounds, they dream of what could have been but was not, they know that they have lived the only possible life and that it had to be like this. They examine themselves through the mirror of time. Only when they understand and accept how the island changed their life, for better and for worse, how the people they met there marked them forever, only then they are ready to advance. Get together. And take together the last step. No grudges or regrets are left. Is it purgatory? Is it the last trip in the boat of Charon? Is the whole life passing before their eyes just before the inevitable end? Are they ghosts about to cross the portal to the other world? Are they reincarnating into a better life? Every religion, every person has their own beliefs about what are the seconds before death, and what is death itself (note the brilliant detail of a church filled with iconography of the major religions: Christianity, Judaism, Buddhism, Taoism, Islam, Hinduism).

Lost talked to us about faith and science, good and evil, strange mythologies and mysteries unexplained, humanity, life, death, personal relationships, science fiction, coincidence and destiny. But always from the perspective of its characters. So, in the end what matters is that the characters of Lost say goodbye to life (yours and ours), accompanied by the people that had the deepest meaning for them: the other survivors. Their traveling companions. When they were outside the Island, fleeding and believing they were alone in the universe, they already were related to each other in some way or another, but they didn’t really know each outher until, by chance and by Destiny, they met at the Island. And precisely because they learned and evolved together, together they accept death with a smile and together they welcome whatever expects them later. We cried, suffered, enjoyed and laughed with them, but now it’s time to say goodbye. They are not fugitives, and they are not alone. Not anymore.

Because at the end of the day, we don’t really look for big answers, we look for small consolations. Above everything that happens in our lives, far above all our problems, experiences, unresolved questions, doubts, successes, small adventures, disappointments, joys…what we all want, what we all need when the final hour comes is not dying alone, dying in peace, feeling that life has been worthwhile.

And watch how they all smile embracing their constant, while the light surrounds them. Watch how Jack smiles, accompanied by the loyal Vincent, when he sees a plane that smoothly flies over the Island he just saved. It was worthwhile. There’s no place for doubts. 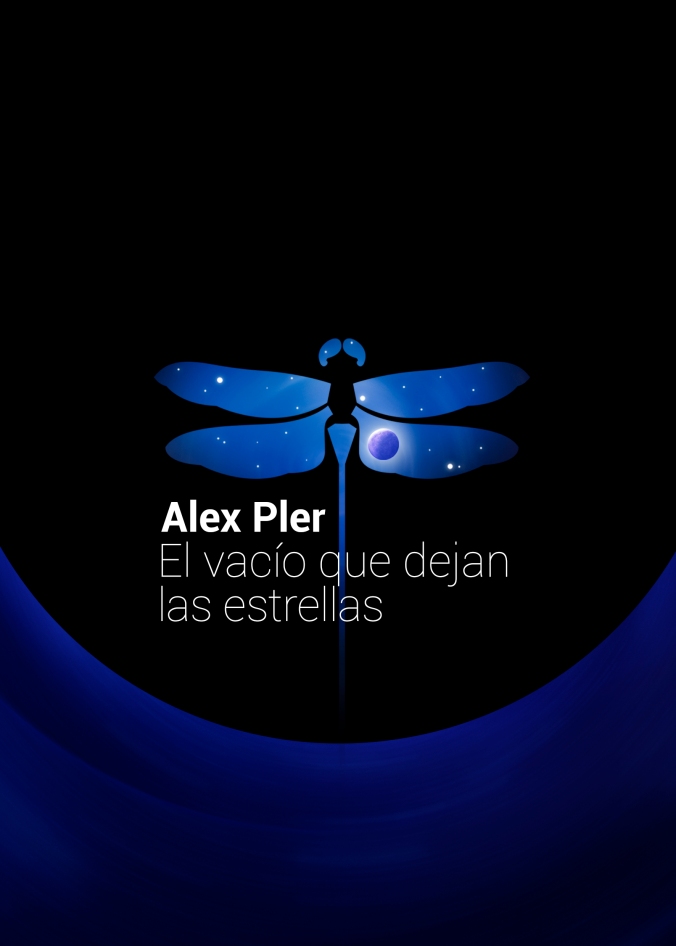